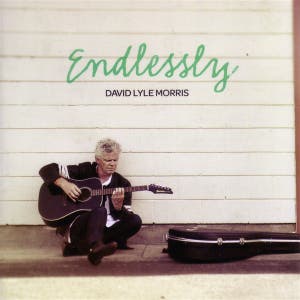 When did music lose it’s innocence?

Sure there have always been streams of the music industry that have been pushing the boundaries and that’s great but doesn’t it seem that everything has just been condensed down to love and hate?
It’s like we have taken the prized bull and boiled it up until all we have is an Oxo cube… do we really want beef stock rather than the bull itself?

To a point we can expect that from the secular music industry… cliche after cliche, remix after remix of a song that used to be famous when people still used to play music and sing music as if it was a craft that was about connecting people rather than just making a quick buck… with the sole focus to make people famous.
I can understand that from the secular music industry… but when did our church music become so obvious and bland?

I’ve listened to Kiwi singer/songwriter and worship leader David Lyle Morris for a couple of years now… and the first thing that comes to my mind is ‘innocence’.
David has this amazing ability to craft songs that would have stood along side the great artist such as Air Supply, James Taylor and Carole King.
His writing is honest, it’s heart felt, it’s thoughtful and with the fear of sounding condescending I am tempted to use the word ‘sweet’.
In fact the first time I saw him lead worship with just an acoustic guitar, I closed my eyes and I could almost imagine what it might have been like to worship with King David (if he played a guitar not a harp!)… there is a real authenticity that some people try to mimic but that you just can’t fake, and when you are around David Lyle Morris you just know that his heart is to help turn your eyes to God.

The album ‘Endlessly’ is a well crafted album and the album starts with ‘Start of something new’ a song for his boy Eino.
It’s a really honest song talking about the excitement and the forward looking nature of a Dad excited to share in the first moments with his son and the legacy that the Father wants the son to take up… Lines like “This is the start of a family tree, you’re the little branch under me” show the simplicity of Davids lyrics while at the same time casts great imagery.

In fact this album is full of so much imagery, and not in a daunting and heavy way but in a way that helps you relate with the song. In fact it really enhances the songs. Songs like ‘Caledonia Girl’ reminds me of James Taylor… the story telling, the melodic way that the music draws you into the story.

Endlessly is an honest album… Songs like ‘Open my eyes’ really start to show case the pureness of Davids vocals and the team around him just gently push, and nudge the song to enhance its colour.

Do you know what an album sounds like when you can tell that each instrument and layer and nuance of the song is there to make the other instruments sound better?.. it sounds like ‘Endlessly’.

Join The Conversation at FaithVillage.com!

Click to find out more about Screaming Goose and the 'hows' and the 'whys' of this blog site!